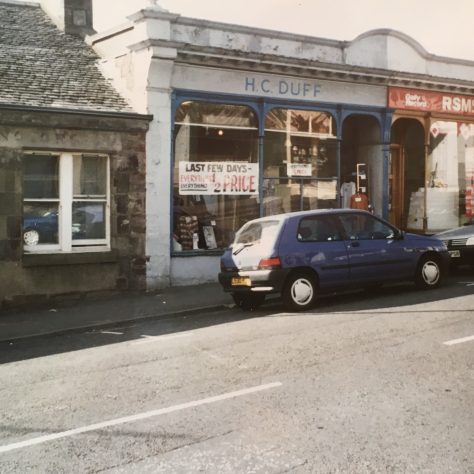 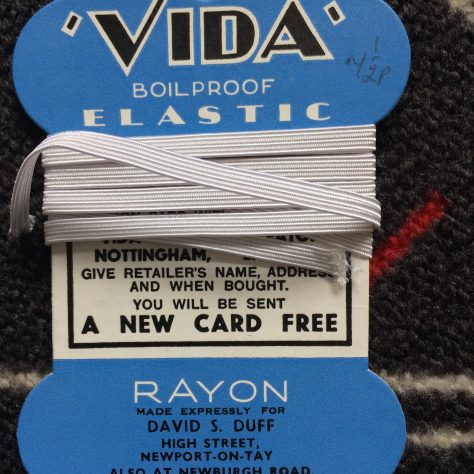 David Duff started his shop in the High Street in the 1940s. Initially it was a hardware store, but by the 1950s, he was selling drapery goods as well. His daughter took over the shop and continued as a draper. Many shoppers have lovely memories of all Miss Duff’s cupboards and drawers where she could lay hands on anything required in the drapery trade. Our second photograph shows a card of elastic specially printed for  Duff’s. At the bargain price of just 7.5p it probably dates from the 1970s. The shop closed in the 1990s.