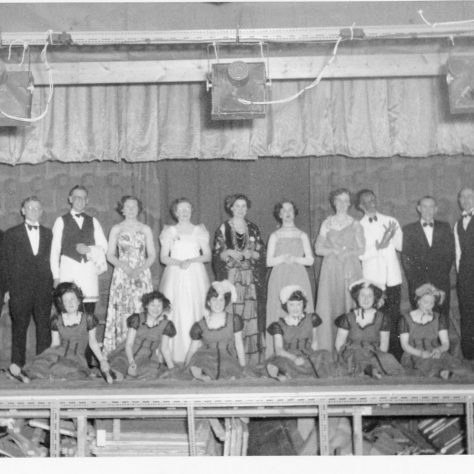 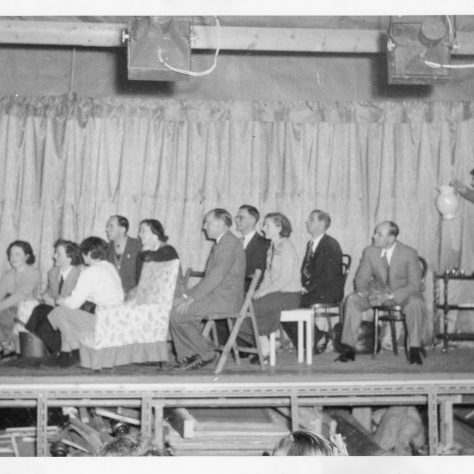 These photographs show scenes from from A Tennis Racket, a fund-raising show put on by Wormit Tennis club in 1956. The show was presented in the Wormit West hall on Bay Road, and it was intended to raise money in support of the recently re-formed Wormit Tennis Club. We also have a programme from the show, and another photograph elsewhere in our archive. The six ladies seated on the stage in our first photograph performed the can-can. This is what Kenneth Hart recalls:

“I remember very well that this (the Can-Can) was considered to be very daring indeed at the time and also that there was great debate about slowing the music down so that they could actually do it.  Offenbach would doubtless have had a fit because of course, as the music slowed, the pitch lowered so it all sounded a bit odd.”